Casta Diva Events organised an innovative annual dealer meeting for Volkswagen Italia; this was planned as a major event as this year Volkswagen celebrates the Golf’s 40th anniversary.

The event was attended by 350 people comprising Volkswagen dealers with their partners and Volkswagen Italia top management, including Andrea Calcagni – Marketing Director of Volkswagen Italia.
The main goals of the event were to celebrate with dealers the end of a notably successful year and to lay the foundations to make 2015 as profitable as 2014.

The creative concept was based not only on business, but also on entertainment, that would involve wives and partners, who would be free to attend the meeting or to take part in specially organised tours.

There were many “events within the event”.
Guests arrived early in the afternoon at the Stazione Leopolda and visited the exhibition of photograpy that celebrates the Golf’s 40th anniversary. This consisted of seven photos one for each of the seven models that comprised the history of the Golf, seven press campaigns and the details of each car.

Andrea Calcagnithen opened the convention, which featured the much-awaited talk show making a forceful break from the past. Casta Diva Events had chosen Ilaria D’Amico as moderator, and she guided the invited guests in addressing the issues important to the company.

There was also an exhibition of seven Golfs, each contextualized into its decades by the use of texture from the period (used for car stages and the bar platforms), with models dressed and made up in the style in vogue in those years. Artemis provided lamps from its historical collection, each appropriate to a specific decade. STV DDB, Volkswagen advertising agency, worked together with Casta Diva Events and Bin Jip in researching historical material and together they storyboarded the video that was produced on the occasion.

The event closed with a gala dinner for all the guests (catering Galateo) featuring a traditional Tuscan menu followed by an Antonio Albanese show. 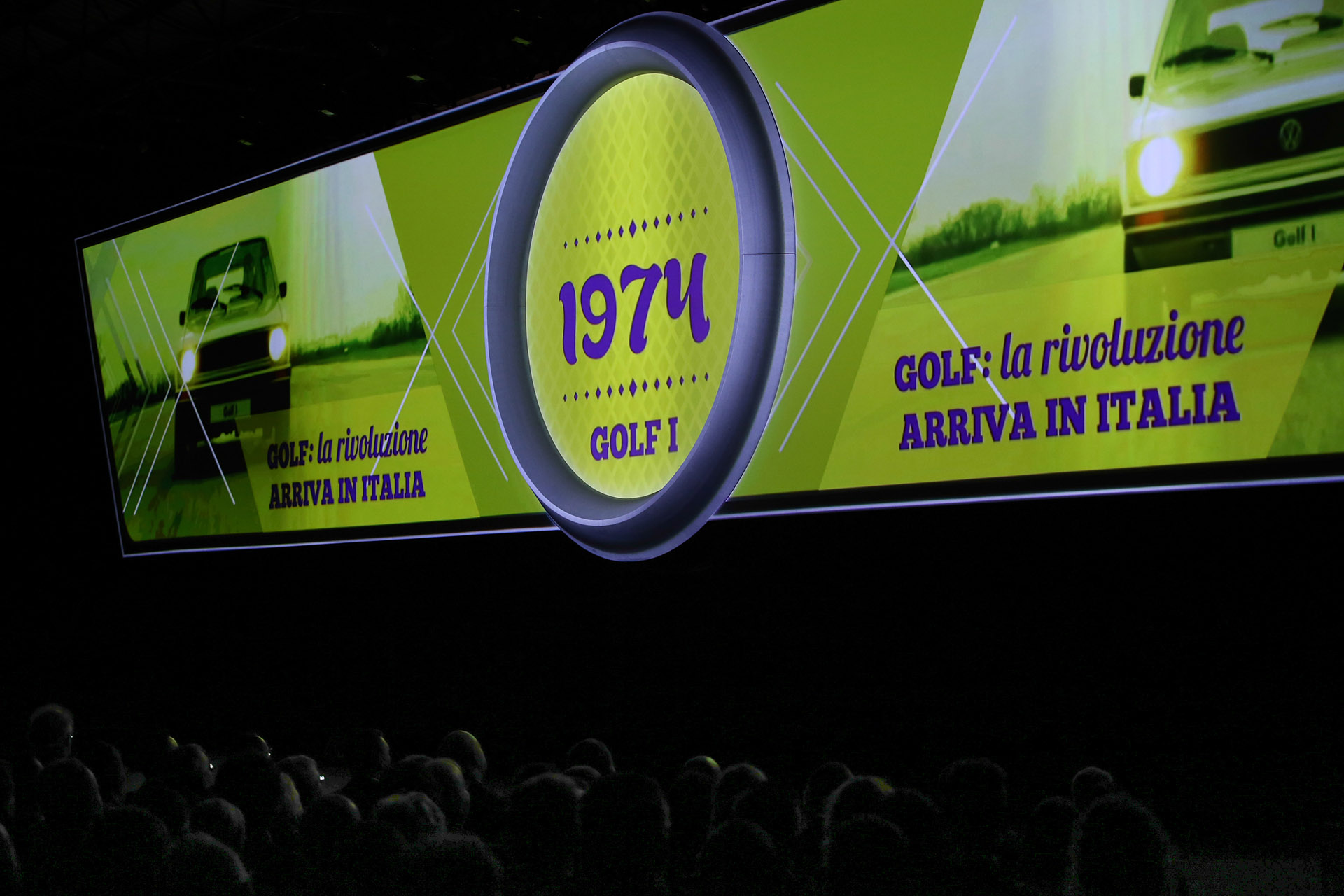 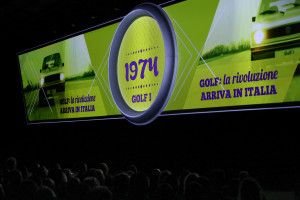 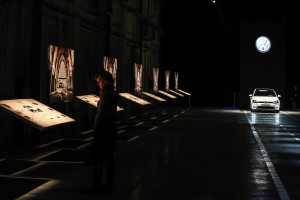 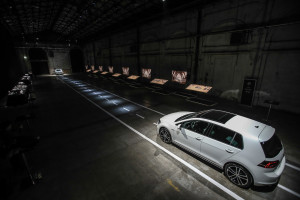 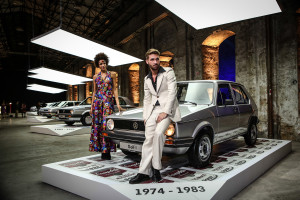 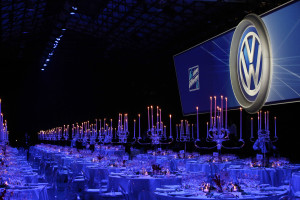