Around 500 Chinese and Italian employees participated in this event.

Casta Diva Events has organized team building activities for the first ‘All Staff Meeting’ of Huawei Italy at the Laghetto dell’Eur in Rome.  Around 500 Chinese and Italian employees participated in this event.

The creative idea, so as to involve both cultures, was “Dragon Boat”. This was an exciting competition which took place in boats with the form of dragons, derived from Chinese tradition, with 20 oarsmen, one helmsman and one drummer to beat out the rhythm.

On their arrival, the participants immediately became part of a competitive atmosphere by starting their training with the staff of the Italian Federation of Dragon Boat, which ran the competition according to professional rules.

The preparation for the Dragon Boat challenge for the employees was the warm-up, paddle technique, the dry-run and how to synchronise with the beat of the drum. All of this generated and increased enthusiasm and team spirit.

After the training, the crews embarked both determined and entertained by the prospect. Following a trial run, the boats lined up for the start.

At the starting line, the sound of the drums rose into the air and the paddlers hit the water to the beating rhythm. The teams competed to finish the course as quickly as possible, driven on by the cries of their supporters, until they passed the finishing line.
The final, between the best qualified teams, was followed enthusiastically by all 500 employees.

After the race there was the prizegiving and celebrations, during which the joy of the victors and of all the participants could clearly be seen. The generated team spirit and feeling of belonging could clearly be felt in the air. 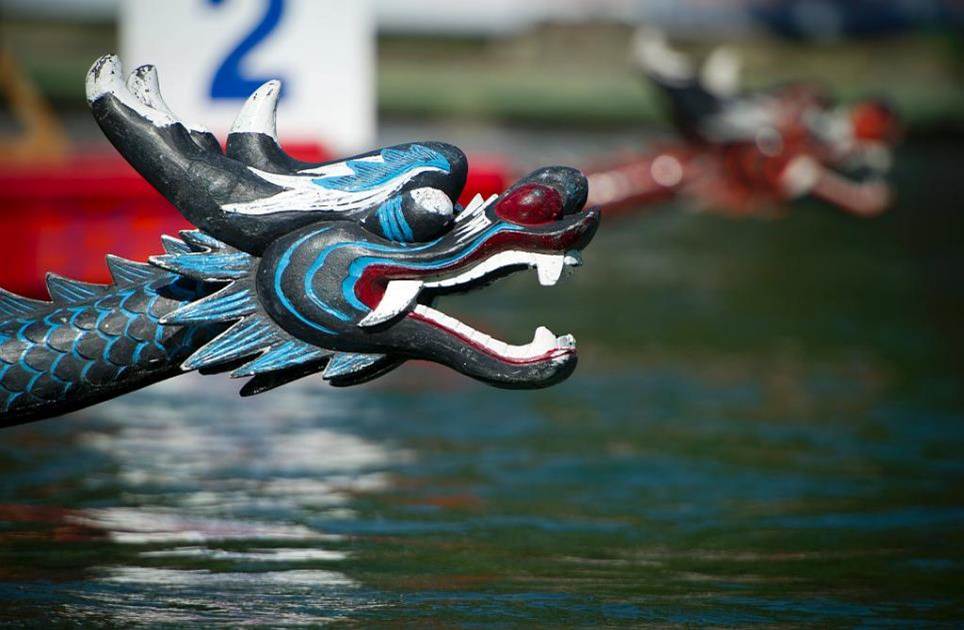 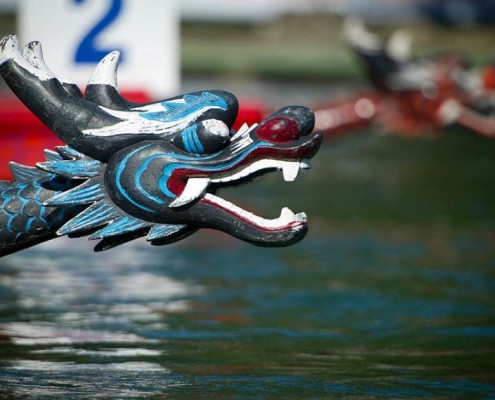 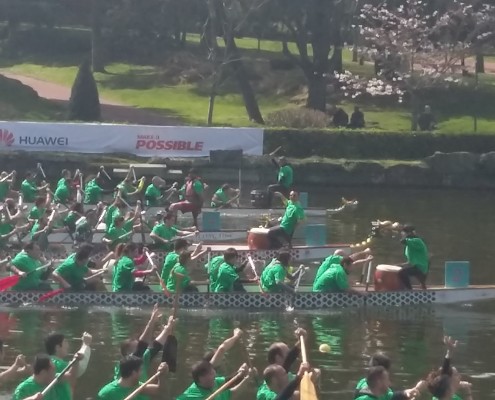 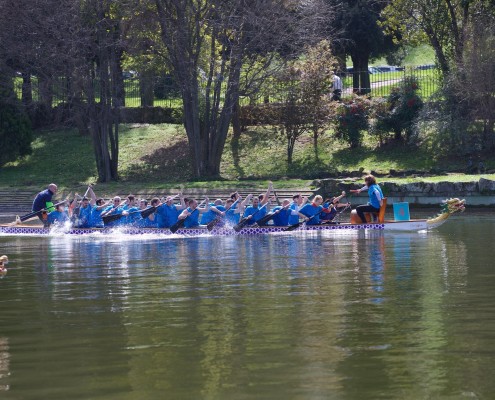 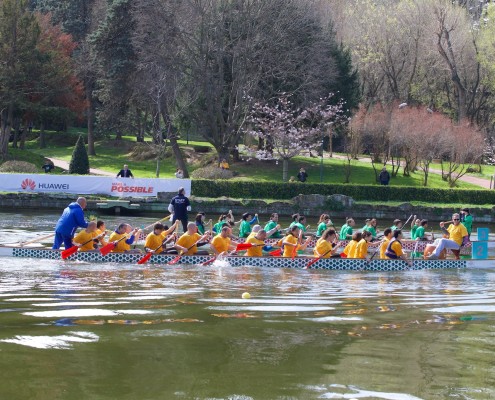 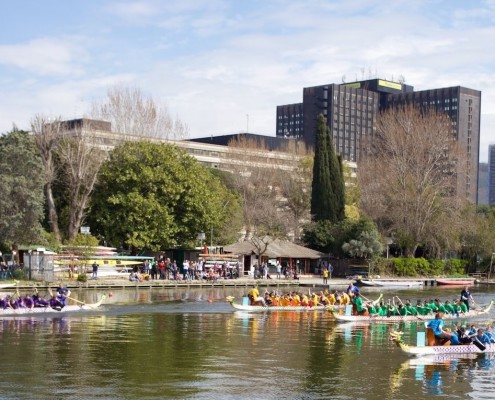 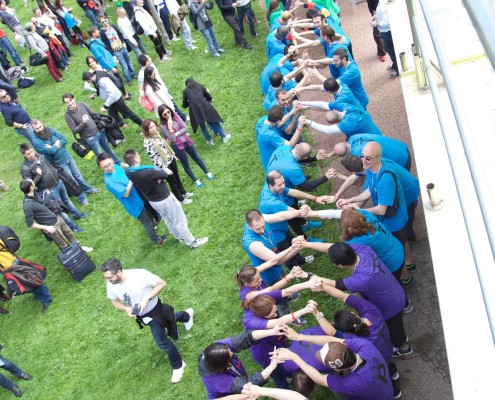